The story of James Hummel 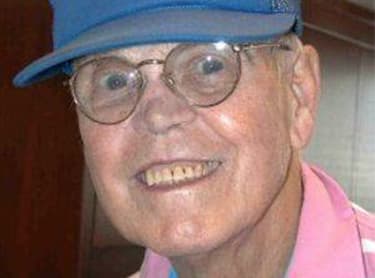 James Morris Hummel was born on August 5, 1915, in Bryan, Ohio. He first became interested in aviation when he was in the 7th grade, at which time he began building award winning model airplanes. He married Kate in 1938 and they had two children. Kate passed away in 1989 after suffering a stroke. In 1939 Morry went to Chicago to work on Howard DGA-15s, making metal compound curved fairings and engine cowls. The war effort dictated no more 450 Prat & Whitney engines, which caused Howard Aircraft to close. Morry then went to work for Curtis Wright in Columbus, Ohio for four years during WWII where he worked in the experimental department, gaining valuable experience. Morry learned to fly in 1959 and his first solo was in an Aeronca Champ. He got his pilots license on February 20, 1960. His instructor was impressed with his ability and knowledge, as he obtained his license much more quickly than other students had.

From 1950-1977 Morry was in the auto body business. He loved working with metal, and still does. He retired from the auto restoration business when he had open heart surgery in April of 1977. In 1974 Morry purchased a Corbin Jr. Ace, which had been wrecked by its previous owner. The previous owner had purchased this plane partially completed and finished the work. What he didn’t know, was that the elevator was hooked up backwards and when he attempted to fly it he never got airborne, but instead landed the plane on its back. Obeying his wife’s commands, the owner sold it and Morry had a new project. Morry rebuilt the plane and flew it from Bryan, Ohio to Sun-n-Fun and back in January of 1977. This was one of the first SNF events. After recovering from his open heart surgery a few months later, Morry flew his Corbin Jr. Ace out to OshKosh.

A couple years later, in the fall of 1979 Morry purchased the plans for Gary Watson’s Windwagon.  He liked the design, but wanted to make some modifications to the plans.  He redesigned it to use larger bulkheads so he could install a canopy and shoulder harness, and converted it to a tail dragger.  He finished his project in July of 1980.  In July of 1982, the plane was featured in an article written by Jack Cox, of Sport Aviation.  Jack dubbed Morry’s new creation the “Hummel Bird” and the name stuck.  With the help of Bill Spring, who drew the plans for Morry, the Hummel Bird became available as a plans-built design in the summer of 1983.  Morry had made some modifications to the ½ VW engine and made his plans available for that as well.  Hence, Hummel Aviation was born.

Morry test flew a Volksplane in the summer of 1985 and the fuel pump quit. He pancaked it in and broke his right ankle and cut his forehead. Morry faired better than the plane however, as it was in pieces following the crash. He received a letter from the FAA shortly thereafter, requesting that he no longer fly a certified aircraft, as he had never renewed his medical after his heart surgery. He then purchased a J3 Kitten kit, and became a dealer for the company. He made modifications to improve the balance of the Mosler engine and add a breather system. After he sold several kits, he sold his plane and the dealership.
His next project was a Mini-Max by T.E.A.M. and became a dealer for them. He installed a canopy on his Mini-Max and put a ½ VW engine in it. He made these options available for his kits. He flew his Mini-Max to Osh Kosh in 1988 and 1994. 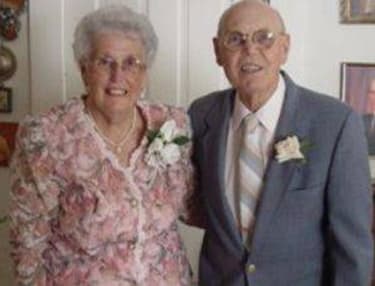 In December of 1992, Morry was heading to Florida to visit his daughter and her family for the holidays when his flight was delayed and he found himself waiting alone at the Charlotte, NC airport.  There he met Myra, a widow from Arkansas, who was to be on the same flight.  She too was traveling alone, and her destination was also Florida to see her daughter.  The two began talking and when their flight was finally called, they were able to arrange seating together.  After exchanging telephone numbers they went on to see their families.  Arrangements were then made to take the same flight on their way home so they would be able to talk some more.  Six months later, they were married and Myra moved from her home in Arkansas to Morry’s home in Bryan, Ohio.

Myra quickly rolled up her sleeves and dove into the business to help Morry with Hummel Aviation.  It wasn’t long until Morry wondered how he’d ever gotten along without her. July 9, 1995 was a day that changed Morry and Myra’s life forever.  Morry went up in his Mini Max as he had so many times before.  This time however, a bolt broke on the aileron control system, causing Morry to crash and nearly lose his life.  He suffered a broken left leg, a broken jaw, crushed face and lost his right leg below the knee. During his four months in the hospital Morry made a deal with God.  He promised Him that he would tell people about Jesus if he would let him live through these injuries.  It was during this hospital stay that he dreamed of the UltraCruiser, “God’s Gift”, an all metal ultralight.
Morry made an amazing recovery from his injuries, and the UltraCruiser prototype was under construction by 1999 and completed in June of 2000.  He started selling plans shortly after that.

The first plans-built UltraCruiser was completed in April 2002, by Jack Roberts.  There were three more completed in the next six months with several more are near completion.  As the first few UltraCruisers neared completion, the plans were redrawn to incorporate changes and improve clarity.  This resulted in several pages being added to the plans and a positive response from builders.

Also, in April 2002, Morry started working with Terry Hallett to modify the UltraCruiser for larger pilots.  This new design was named the UltraCruiser Plus.  After several months of working with Terry, Morry agreed to turn the day to day operations of Hummel Aviation over to him while still remaining involved in technical issues as required.  Morry still comes into the office on a daily basis and enjoys helping Terry with the UltraCruiser Plus.  He is toying with the idea of designing a new ultralight, and he still enjoys the freedom to fly his UltraCruiser around the Bryan skies.  Mostly, he enjoys just doing what he wants to do and nothing more!

By Morry Hummel
The new Ultralight was named for this reason: I crashed my Mini-Max, July 19th 1995. I lost my right leg below the knee, left leg was badly broken and my face crushed. My teeth were wired shut for 10 weeks and I was fed through a tube in my stomach. While I was in the hospital for 5 months, I had time to think. I promised God I would tell the world about Jesus. How, I did not know at the time. I knew God had spared my life for a reason. I had this new plane in the back of my mind for some time. Three years after my accident, I started building the UltraCruiser. I had help along the way from my dear wife Myra and friends. 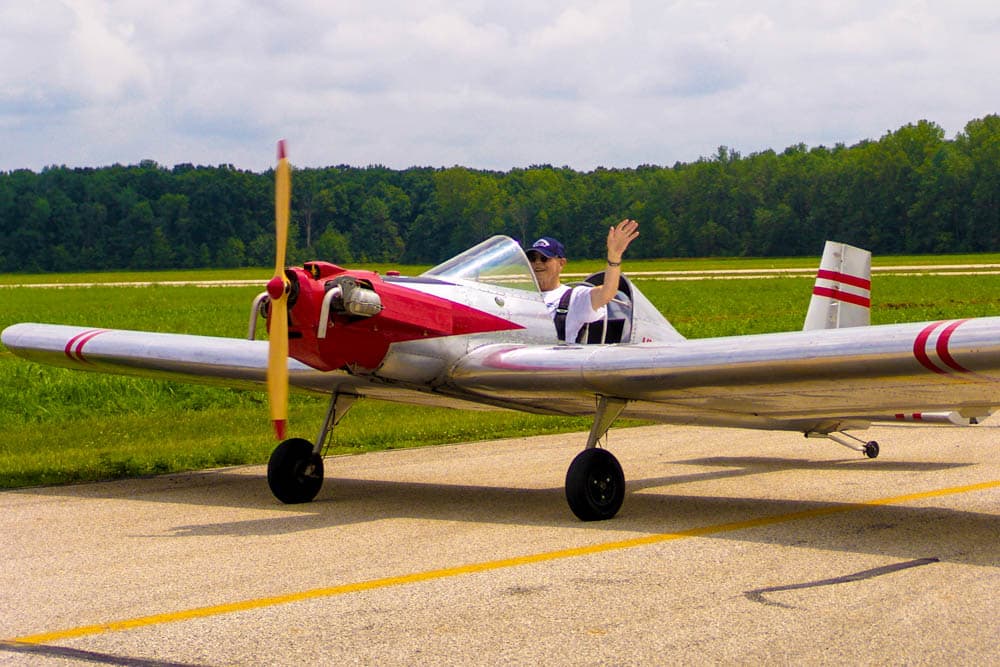 So the UltraCruiser is named “God’s Gift” because I am only 85 years young (2000) and flying again. I have been blessed many times.

Located at Williams Co airport on the edge of Bryan, Ohio. About one hour from Toledo and Fort Wayne and 30 minutes from Defiance.

FOR REGULAR UPDATES AND ANNOUNCEMENTS.

Made by: Simple & Secure Solutions